THE VOLVO XC40 GOES ITS OWN WAY (ON WELT)

“Typical Volvo. Typically Different.” – Like the Newscountdown Cut In on WELT. The frame of the Newscountdown was individualized and animated based on the campaign spot. The flowing transition to the studio totals of WELT Nachrichten is followed by a cut in, which repeats the statement once again and contains a direct request (click-to-action). Integration of a customer spot possible. One advertising form – 2 motifs. Strong individualization possible and thus best possible connection to the program environment. Strong image transfer. 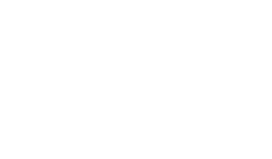 A BEER BEARD FOR BILBAO

A good Köstritzer among friends is the most beautiful thing in the world and creates not only a beer beard, but also a lot of fun & entertainment. Köstritzer and MTV have been looking for the beard face 2018.

Under the motto “Drink Köstritzer, post the beer beard or upload it to mtv.de/bierbart”, the participants could, with a little luck, win an unforgettable weekend with their three best friends at the MTV EMA 2018 in Bilbao.

This unforgettable trip was accompanied on the MTV social media channels.

Just in time for Christmas, an individual call-to-action trailer on all Nickelodeon digital and social media channels called for the LEGO Friends competition. The Christmas tip (Buzzz) placed different product lines in an eye-catching way online and on the advertorial page the matching wish list could be downloaded.

Logo morphing of the Comedy Central logo into the NBA2K logo in the transition from the program to the ad break with corner placement of the classic commercial in the commercial break.

At the Friendsfest in Düsseldorf Asmodee presents itself in the exit area and offers visitors Amsodee games to try out on site. Asmodee placement as “supporter” on the official Friendfest banner, as well as video and picture posts on Instagram and FB of Comedy Central.

An international event with social responsibility that encourages children and parents to turn off the TV and play outside. The campaign inspired kids for Chiquita in 7 countries (DE, CH, NL, BE, SE, IT, GR). The highlight: 24 events in 21 cities encouraged kids to be active and creative. Close connection to the channel through composite logo and style guide.